I am David: a story that isn’t over

My 10-book “volley” of posts suffered a case of arrested development in unforeseen circumstances. My copy of I Am David had, appropriately enough for a novel structured around a journey on foot, “walked” from my bookshelves. (If Les Liaisons Dangereuses is an epistolary novel, is a perambulatory novel a thing?). 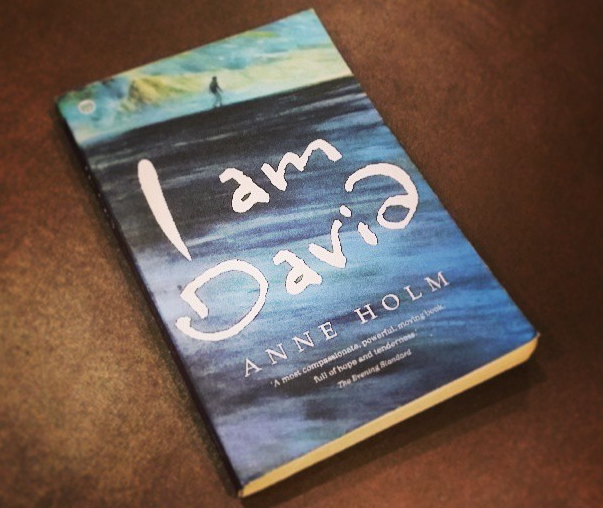 Mobile books are something of an endemic problem in our family. I spent two decades denying I had my late father’s beloved copy of the The Poems and Prose of Gerard Manley Hopkins, so imagine my mixed delight and horror to find it recently (yes, in my custody all along). In the case of I am David, suspecting my family, I used the tried and tested method:

I wasn’t optimistic. But then…

(no I haven’t worked out why the later answers have an earlier time stamp…). Although Ellie’s voyage out into the grown-up world and rented accommodation has resulted in the severe depletion of certain sections of our bookshelves, I should admit to being quite pleased that I am David was important enough for her to want to take it.

Choosing the first of my ten books was, in a way, the most difficult of all. I wanted it to be something from my schooldays – the early years of my reading and listening experience. Other candidates included the entire Ladybird Classics series (re-told by Vera Southgate and illustrated by Eric Winter) books that are instantly recongisable to most British people of my generation. I can clearly recall sitting in the book corner of our classroom devouring Cinderella, Rumpelstiltskin, and my particular favourite, the Elves and the Shoemaker. 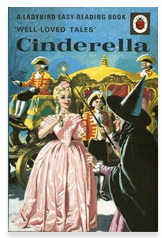 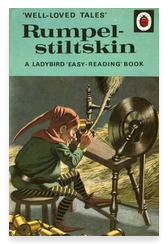 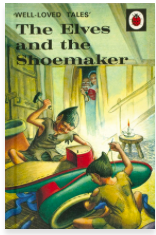 I could equally have chosen Gobbolino the Witch’s Cat, or most of the Famous Five and the Secret Seven, the Hobbit, Alice in Wonderland, Arthur Ransom’s Swallows and Amazons, and the list goes on.

But I am David carries the day because not only did I read the story several times, but it was also first read to me by our class teacher, Mrs Capes, who I adored. These were the days when story-time towards the close of the school day was an uncontested, uncontroversial ritual. The promise of the next instalment of the current story was one of the things that motivated us throughout the day. Hearing David’s difficult journey unfold in this safe, happy classroom also provided some of my first intimations that all is not always well with the world.

Back then I was too young to know about prison camps, and concentration camps. My first clues that people can be held captive for unjust reasons came from I am David and E. Nesbit’s The Railway Children. I had the luck of geography and era to be born in a place and at a time where life’s brutal truths seeped into my consciousness through fiction, not through direct experience. I am David was to my generation what John Boyne’s The Boy in Striped Pyjamas is to my children’s, although I think the rather gentler ambiguities of the former are more suitable for children of the age I was when I was being read to by Mrs Capes.

The genius of I am David is that it deals with both the darkest aspects of human nature, and some of the lightest. In the form of ‟the man” the reader immediately encounters a villain acting altruistically, and his motivations are untangled, along with David’s story, as the narrative progresses. The novel moves at a pace that feels effortless, but is the work of someone who really knows how to write for children, both in terms of directness of language, and hooking the reader on page one. As the book was  published in Denmark, some of the credit for the book’s use of language must go to translator L. W. Kingsland as well as to Anne Holm. (As someone who doesn’t read enough translated literature, how ironic that my first ‟most influential” book is a children’s novel in translation.)

I am David taught me many things including an awareness of linguistic differences – I still remember being amazed that other languages have masculine and feminine words – something you learn when David realises it is not the shed that is on fire, but Maria, the little girl who looked like a flower. It was also in some ways my first mystery novel. But far more importantly, I am David taught me that morals are not always black and white, and that our feelings are intense and complicated. The storyteller’s method here is a masterclass in empathy. David is our protagonist, with whom we identify strongly, but he has to makes up stories to keep himself safe and avoid attention. We experience his discomfort at telling untruths to those who help him. We are relieved as he gradually experiences the love and loyalty of King, the dog who adopts him, and we share David’s desolation at the sacrifice King makes.

It’s odd to realise that the novel was originally published in England 20 years after the end of World War II, and perhaps easy to dismiss the story as simplified or unbelievable. But then think about the Bielski Partisans (subjects of the 2008 film Defiance), and tell me this is just a story. Or for a more contemporary parallel, think of the children kidnapped in Nigeria by Boko Haram, those who aren’t murdered or sold into slavery, who escape and walk home over the wide spaces of West Africa. For all it is from my childhood, I am David tells a story that, in many places, sadly isn’t over.

Posted in Uncategorized | Comments Off